Sending Our Thanks to Doug Stephan

The year was 1992. A Few Good Men was released, the Washington Redskins won the Super Bowl XXVI and the first text message was sent.

However, more important in our eyes was an event that we’re thankful for til this day—Doug Stephan joined the Ennis Electric team.

Doug began with Ennis Electric as an electrician and worked his way up to chief estimator. Ennis Electric’s suppliers consider his quantity take-offs to be ones they can always trust to be accurate. His talent, dedication and skills are ones that can’t be matched.

When asked about Doug’s time with the company, CEO Kevin Cole shares that Doug “has been the gold standard in our industry for many years.”

After 25 years of exemplary service with our company, Doug retired today on July 5. We’re wishing him a long and joyous retirement filled with fun and happiness—he deserves it. We’ll miss the talented electrician he is, but more importantly the friend he became to all of us during his time with Ennis Electric.

Doug, thank you for all you’ve done for the company—we appreciate you more than you could ever know! 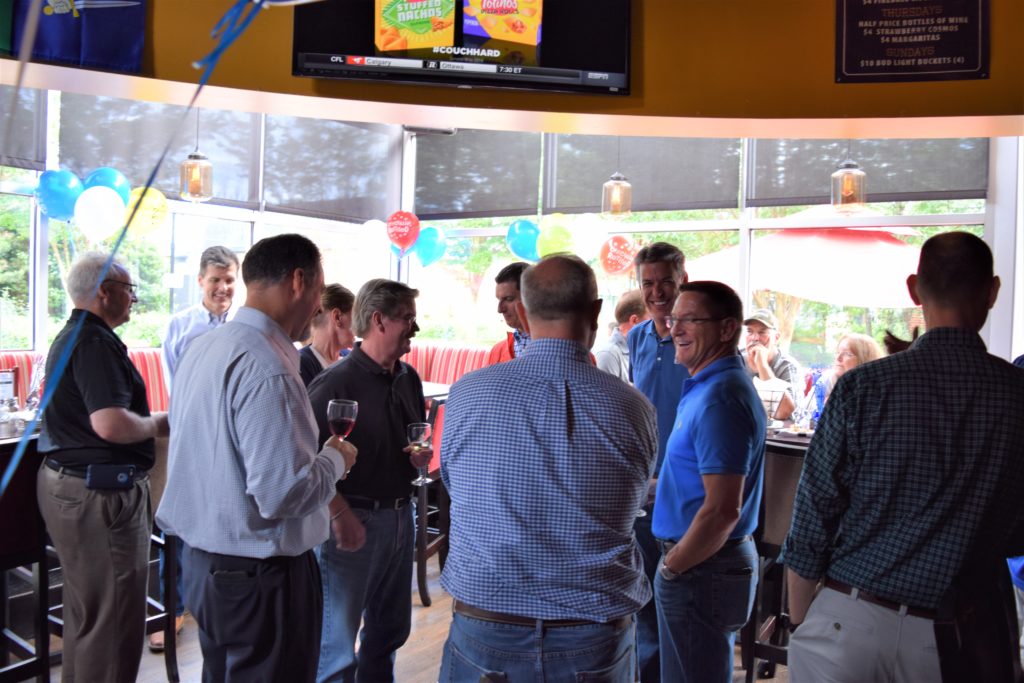 The Ennis Electric team gathered together to celebrate Doug at Grafton Street in Gainesville.