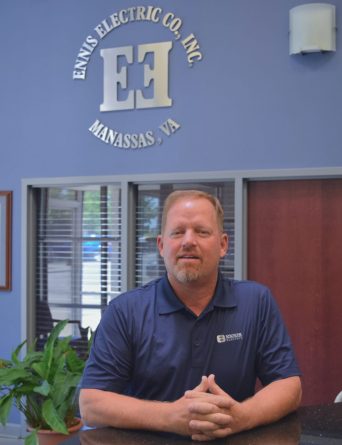 John Ennis has more than 35 years of experience at Ennis Electric, where he serves as Chief Operating Office and Chairman of the Board of Directors. He designs and implements business operations as well as establishes policies that promote company culture and vision. John oversees operations of the company and the work of the executive team.

John has worked for Ennis Electric his entire career and life. He started out as a summer helper, then became an Apprentice Electrician and has worked almost every position in between until becoming a Chief Officer of the company. He takes pride in following in his father’s footsteps and continuing to foster an efficient working environment for generations to come. As well as continuing to make Ennis Electric a place that people enjoy working.

John enjoys big game hunting, fishing, golfing and all things outdoors; whether it’s being out on a boat or skiing out west. John stays busy at all times and refuses to sit still; if he isn’t working, he’s working on a project at home!